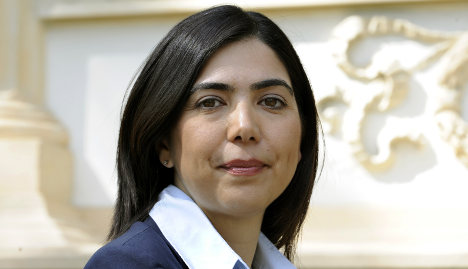 “Christian symbols do not belong in state schools. School should be a neutral place,” said Aygül Özkan, who is a member of the conservative Christian Democratic Union (CDU) and will be made Lower Saxony’s social minister next week.

She also stressed her support for the ban on headscarves in such schools – as well as accepting that church schools would be an exception from a crucifix ban.

Özkan told Focus news magazine she had negotiated with Lower Saxony State Premier Christian Wulff, also from the CDU, to incorporate responsibility for integration into her new job, taking it from the interior ministry.

“I clearly said that I would like to take over the area of integration which was until now in the interior ministry,” she said.

The 38-year-old intends to shake things up in the state, and has also called for fellow Turkish-Germans to make more effort to integrate.

Last week she told Die Zeit newspaper she wanted to see migrants making more of an effort. “One has to approach people,” she said. “It’s important that one takes the first step especially when one is foreign or looks foreign. We isolate ourselves too much.”

She appealed to young immigrants in particular, saying, “I am not accusing anyone who does not know the German system, or themselves have not been to school. But I cannot accept it when young people do not take the chances that are offered to them. We must remember why our parents came to Germany – so that things are better for the children.”

She has received several threats since being picked to become social minister by the CDU, prompting the state police to provide her with protection, including body guards.

A successful manager, Özkan joined the CDU in 2004 and quickly rose through the regional ranks of the party to reach the Hamburg city council in 2008.