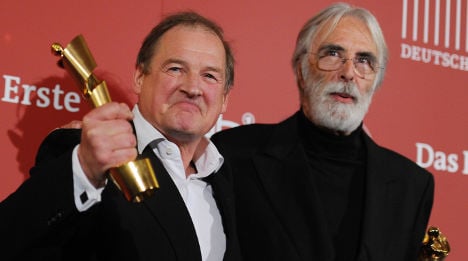 Director Michael Haneke’s tale of a series of mysterious accidents in a northern German town before World War I missed out on an Oscar earlier this year, but has already collected the Golden Palme in Cannes, the European Film Prize and a Golden Globe.

The film, called “The White Ribbon” in translation, was nominated for Best Foreign Language film and Best Cinematography Oscars but its makers left empty-handed.

Now having picked up a row of German Film Prizes – known as Lolas – Haneke told the audience at Berlin’s Friedrichstadtpalast it was time for him to return to work.

He said little in his acceptance speech other than he was pleased the team had picked up so many prizes.

Maria-Victoria Dragus, the 16-year-old winner of the best female supporting actor prize, thanked, among others, her school for allowing her to take part in the film.

One of the few prizes not to go to “Das weiße Band” was that for best female actor, which was awarded to Sibel Kekilli for her role in “Die Fremde,” which takes so-called honour killings as its theme.

Bernd Eichinger was awarded the honorary prize for his work including “Der Untergang“, or “The Downfall,” and Der Baader Meinhof Komplex, or “The Baader Meinhof Complex.”