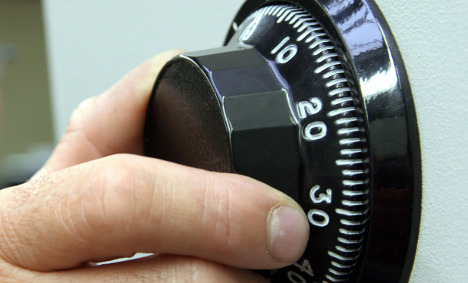 The customer spent about two hours trapped in the Sparkasse bank’s safety deposit strongroom before technicians were able to free him.

Staff had given a new meaning to ”bank customer service” when they shut the vault door at the end of the day. Police said in a statement that this had “apparently happened by accident.”

Fortunately, the vault contained a phone, from which the man was able to call for help.

Bank staff immediately set in motion an emergency plan, sending technicians to dismantle the complex security system so that the man could be freed.

Meanwhile police were also contacted. The man stayed on the line with his rescuers during the whole operation and police said they were confident there had been no risk to his safety.