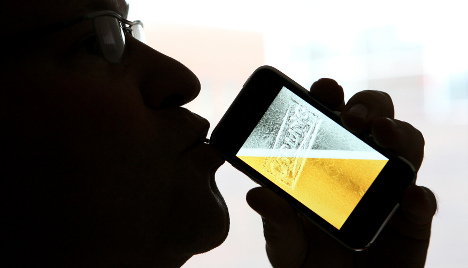 Powell, who was helping build the software for the new-generation Apple iPhone, was enjoying a few beers for his 27th birthday on March 18 at the Gourmet Haus Staudt in California on March.

In fact he was so enjoying the pure blend of hops, water and barley, that he left the cutting edge prototype phone, which he had been given to “field test” on the bar stool.

Within a few weeks, technology web magazine Gizmodo had acquired the prototype for US$5,000 (€3,700) and was reporting on its every detail – making a mockery of Apple’s tight security, which includes a special team of guards at the firm’s offices and plants to make sure no information about new products is leaked.

Apple is famously secretive about its products before they are launched. It relies on the “big bang” effect of a major announcement by boss Steve Jobs to whip up frenzied attention and profit from the massive publicity.

But best laid plans couldn’t contend with beer brewed according to the Reinheitsgebot purity laws – by which beer must contain just water, barley and hops.

Powell was having his 27th birthday in the German pub, 30 kilometres from Apple’s Infinite Loop headquarters, on March 18.

According to Gizmodo, Powell’s last Facebook update on the phone – which was disguised as a regular iPhone for the field test – read: “I underestimated how good German beer is.”

Shortly afterwards, he left the pub, with the phone still sitting on his barstool.

A bystander picked it up. He did, according to Gizmodo, wait around to hand it back to its rightful owner, and at first had no nefarious intentions. He planned to return it to Powell the following day and even called Apple to find out how he could return it but got the runaround.

“I thought it was just an iPhone 3GS,” he told the magazine. “It just looked like one. I tried the camera, but it crashed three times.”

When the phone went dead, he opened it up and discovered the outer casing was fake – a disguise to make it look like an ordinary iPhone 3GS. Inside was the revolutionary new prototype.

The magazine has done a full analysis of the phone, its innards and its features – all of which it has begun to report.

Gizmodo also issued a plea for Apple not to fire the young engineer. After all, mistakes happen, especially when German beer is involved.