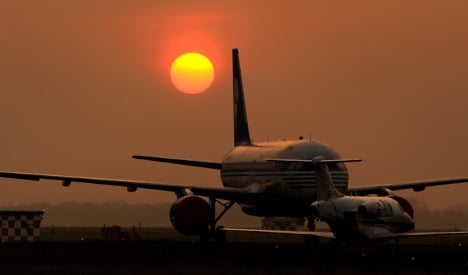 Thanks to exceptions in the ban allowing for flights below six kilometres in altitude, flights by carriers Lufthansa, Air Berlin and Condor were already able to take off late on Monday – mainly to pick up stranded German tourists at vacation destinations.

Meanwhile flight schedules within German are slowly getting back on track in Frankfurt, Munich, Stuttgart, Leipzig, Düsseldorf, Cologne and Berlin.

The country’s biggest carrier Lufthansa said it plans to send some 50 machines to pick up about 15,000 stranded passengers from Asia, North and South America, and Africa. Smaller airlines Condor and TUIfly are expected to follow.

But the ban is still technically in place until Tuesday afternoon, leading pilots’ union Cockpit to call the airlines’ choice to fly irresponsible as safety concerns remain.

The German parliament’s transportation committee has planned a special meeting for Tuesday to review the consequences of the flight ban, which began last Thursday following the eruption of Iceland’s Eyjafjallajokull volcano.

Airlines have said they fear losses in the billions and have questioned the accuracy and sense of computer simulations by the London-based Volcanic Ash Advisory Centre which dictated the flight ban.