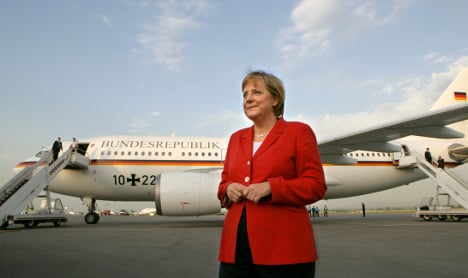 The chancellor and her delegation were scheduled to return at 3:30 pm at Berlin’s Tegel Airport, but her plane was rerouted to Lisbon at the last minute to avoid the dangerous cloud of ash.

Merkel’s flight home is not expected to leave until Saturday morning, a government spokesperson said.

She is on her way back from San Francisco, the last stop on a four-day trip to the United States which included a tour of California following a nuclear security summit in Washington, DC.

The ash from Iceland’s Eyjafjallajokull volcano could also create delays for Merkel’s plans to attend the state burial of late Polish President Lech Kaczynski, who died in a plane crash along with dozens of others in Russia last weekend.

Poland has also closed its air space indefinitely as the ash moves across the European continent.