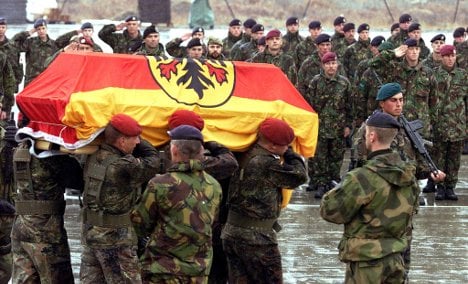 Last Friday Merkel attended a memorial service for three German soldiers killed in Afghanistan, where she acknowledged that her government had chosen to break the long standing political taboo of calling the conflict a “war.”

“We must look the facts in the eye,” the Chancellor said. “Many call the mission in Afghanistan a war. And I understand that well.”

But SPD head Gabriel criticised the move in an interview with daily Frankfurter Rundschau, saying if she chose to call the conflict a war, she would have to request a new mandate.

“I can only warn to get rid of the term for fear of the public debate,” he told the paper.

While Gabriel said he understood the public’s sentiments, “politicians still have to do something else.”

Germany’s participation in the NATO mission in Afghanistan is clearly tied to an international mandate, he said. If Berlin decides this is no longer sufficient, then they must express this openly and “Germany must decide if it wants to take part in a war.”