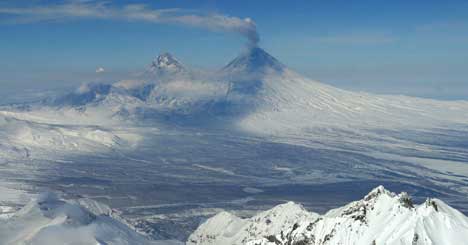 According to reports by Russian news agencies on Saturday, the Mi-8 helicopter had just landed when it was struck by an avalanche in this far-eastern Russia region.

Eight people managed to escape but five German citizens and five Russians were killed when the avalanche swamped the helicopter while it was on the ground, burying victims in up to 15 metres (50 feet) of snow.

Two teams of doctors were flown to the accident site around 50 kilometres (30 miles) west of Petropavlovsk-Kamchatka, the main city on the peninsula.

“The eight accident survivors include one Russian citizen, six Germans and one Belgian,” a spokesman for Russia’s emergency situations ministry was quoted as saying by Interfax news agency.

Kamchatka is a popular destination for foreign tourists, thanks to its volcanoes, glaciers and lakes. Because it is an extremely mountainous region with few roads, helicopters are often the only means of transportation.