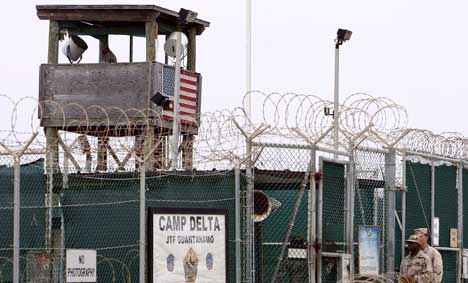 Citing unnamed sources close to the matter, the newspaper Bild reported that German Interior Minister Thomas de Maizière of the conservative Christian Democratic Union (CDU) has decided to allow three Guantanamo Bay prisoners to come to Germany and that the city-state of Hamburg is the probable place they would be accommodated.

Several other federal states have categorically refused to accept any former detainees from the controversial prison on the island of Cuba.

According to the paper, one of the men in question is a 34-year-old Palestinian and former Hamas activist who trained in an Afghan terrorist camp. Another is a Syrian man arrested in 2001 by US forces and the third is also a Palestinian, taken into custody in 2002 in Afghanistan.

According to the news magazine Focus, US authorities have sent files on the three men to Berlin where they are now being evaluated. A final decision on them is expected at a meeting of interior ministers in May.

Criticism by fellow politicians of de Maizière and his willingness to accept detainees continues to grow. The interior minister of Lower Saxony, Uwe Schünemann, criticised a “lack of coordination” between his office and its equivalent on the federal level and said that his office had no information on the men in question. His Bavarian counterpart said it was unacceptable that state officials were informed about “matters as sensitive as taking in Guantanamo prisoners” through newspaper articles.

Both interior ministers have said they will not allow former detainees in their states.