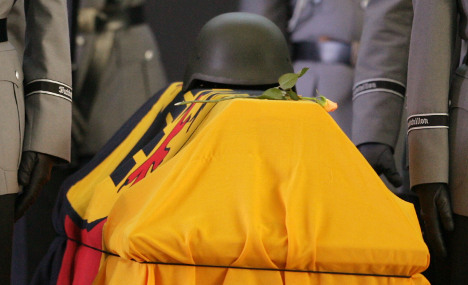 A spokesperson from Germany’s military command centre in Potsdam confirmed that two explosives were detonated as a convoy passed on a road four kilometres from a Bundeswehr camp in the Kunduz district around 9:30 am, damaging a German military vehicle but injuring no-one.

The attack follows the Good Friday killings of three German soldiers during a fierce battle against Taliban fighters in the Chahar Dara district southwest of the city of Kunduz. Eight other soldiers were injured, four of them seriously.

A funeral for the fallen soldiers is planned for 2 pm on Friday in the Lower Saxony town of Selsingen. Among friends and family of the deceased will be Chancellor Angela Merkel, who has never before attended a service for other soldiers killed while serving in Afghanistan. Defence Minister Karl-Theodor zu Guttenberg is also expected to attend.