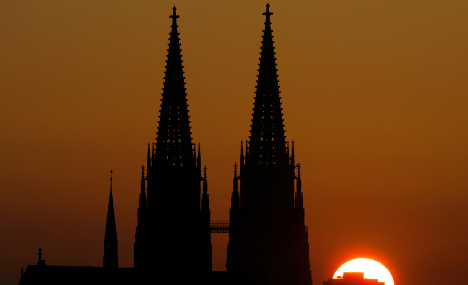 Don't let the sun go down on our city budgets! Photo: DPA

According to Articus, community expenses for social benefits have almost doubled since German reunification in 1990, reaching a total of €40 billion per year.

“We need, for example, a larger federal contribution for housing costs for the long-term unemployed,” he told the paper, adding that Berlin must also take on a large portion of some €11 billion that communities pay to support the disabled.

Cities and municipalities also want more autonomy when it comes to managing their finances, the DST leader said. But he rejected recent suggestions to raise value-added tax to make up for the deficits.

“With this discussion the following question arises: Should the citizens be more burdened so the economy can be unburdened in regards to business tax? No one can seriously want that,” he told the paper.

Germany’s cities have complained since January that they are in an emergency financial situation with soaring deficits following the worst recession since the Second World War.

Some have said they are bearing brunt of deep tax cuts by Chancellor Angela Merkel’s government, which pushed through a controversial stimulus package of €8.5 billion in tax relief from January 1, and plans much larger cuts in the coming years.