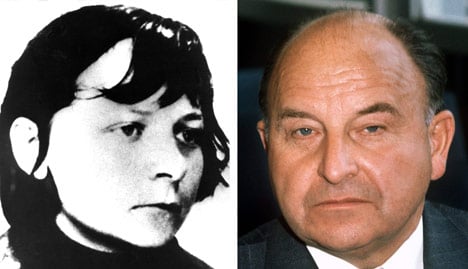 A police photo of Verena Becker and a file picture of Siegfried Buback.Photo:DPA

The 57-year-old Becker was arrested in August in connection with the killing of chief federal prosecutor Siegfried Buback and two others on April 7, 1977, during the bloody era which became known as the “German Autumn.”

“She has been charged with complicity in the murder of federal prosecutor Buback and his companions Goebel and Wurster,” said Frank Wallenta, a spokesman.

The case has now been passed to the regional court in the western city of Stuttgart, Wallenta added. He declined to give further details of the charges against her.

Becker was released in December as the federal court of justice saw no reason to keep her detained, although she remained a suspect. At the time of her arrest, prosecutors said there was “no suspicion that the accused fired the deadly shots” but she was however suspected of “an active role in preparing and carrying out” the attack.

After more than three decades, her case was reopened in April 2008 when investigators used the latest forensic technology to examine a letter that had claimed responsibility for the murders.

Becker’s DNA was found on the letters, leading investigators to raid her house, where they secured other incriminating evidence.

She was sentenced to life imprisonment in December 1977 for taking part in at least six assassination attempts claimed by the group, otherwise known as the Baader-Meinhof gang. But in 1989 she was pardoned and released.

Named after its founders Andreas Baader and Ulrike Meinhof, the group mounted a violent campaign against what it considered was the oppressive capitalist state of West Germany from 1977 to 1982.