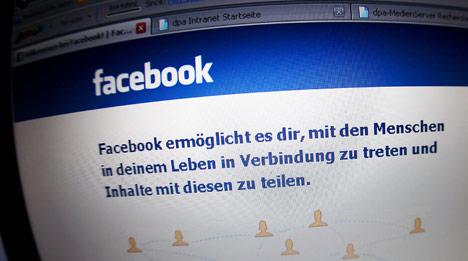 “If protection of your personal data is important to you, we can only advise users to oppose the planned changes, and together with their friends to choose another provider,” said the Federation of German Consumer Organisations (VZBZ), an umbrella group for 42 German consumer associations.

The call followed an open letter to Facebook founder Mark Zuckerberg this week from Ilse Aigner, consumer affairs minister, threatening to delete her Facebook account in protest at the US firm’s “astounding” plans.

The VZBZ said that Facebook should have to ask its 400 million users worldwide for approval every time personal information is passed on to third parties, via an “opt-in” option.

At present, Facebook and other operators have an “opt-out” option, whereby users are forced to go through a laborious and time-consuming process to stop private information being given to others, it said.

“Responsibility for respecting data protection lies with the provider, not with the consumer,” the group said.

“In these cases we require these websites and applications to go through an approval process, and to enter into separate agreements designed to protect your privacy,” it said.

Partly for historical reasons, Germany is particularly sensitive about privacy issues, with campaigners bristling at plans by US Internet giant Google to launch its “Street View” service later this year allowing users to view panoramic still photos of city streets.