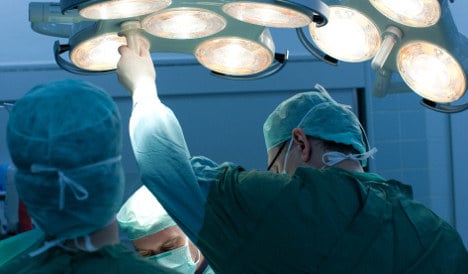 The document from the National Association of Statutory Health Insurers (GKV) said the overcharging usually arises from mistakes but adds hospitals may be fudging bills to gouge extra money from insurers.

Losses of such magnitude are unacceptable given the tough financial circumstances health funds are facing, the association argued. They are demanding hospitals be penalised for lodging incorrect bills.

Under the present system, insurers are responsible for verifying hospital accounts. If a discrepancy arises – such as differing diagnoses – the insurer investigates further.

According to the report, this happens in 10 to 12 percent of cases, some 40 percent of which turn out to be erroneous claims.

The clinics are in these cases obliged to return the overcharged amounts to the insurer. On average, this amounts to €1,100, according to the report. But in some cases it can be much more.

A Hessian hospital for example charged €106,000 too much for artificial respiration, while another clinic charged €77,000 for a heart transplant that never took place.

The association said the complicated payment system meant there was no incentive to make sure bills were correct.

The frequency of the mistakes discovered also allowed “the conclusion that hospitals sometimes improperly grab funds,” the paper said.

The insurers’ association complains that hospitals need only return the money from incorrect claims and do not have to worry about being penalised or fined. Yet if an insurer queries a claim that turns out to be genuine, it must pay the hospital €300 to cover the administration and information retrieval costs.

The health funds have calculated that this system is costing them €1.5 billion a year and are therefore calling for equal treatment for both sides. When there is a payment query, the side that turns out to be wrong should pay €300, it says. This would be an incentive for the hospitals to get their bills right.

The funds say they cannot afford such losses when they are already facing the prospect of charging their members extra fees. The nation’s statutory health insurers, who cover the vast majority of people in Germany, are facing a financial shortfall of €4 billion this year. Several funds have already announced they will have to charge their members extra.

Hospital treatment constitutes the largest cost for the funds. Last year, they paid out €56.4 billion for such treatment, which was €3.5 billion more than the previous year.