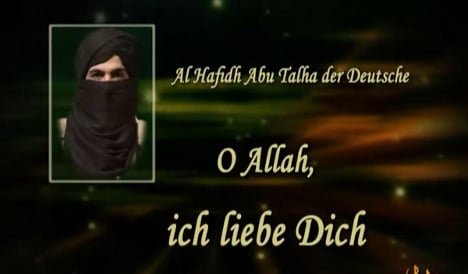 This third wave follows predecessors the September 11 terrorists and the Sauerland cell and are believed to be travelling to terror training camps in the Waziristan region, the report in news magazine Der Spiegel said.

Nearly 100 names are on the list of suspects held by the Federal Criminal Police Office (BKA). They are distinct from their forerunners in that they are generally younger and are moving as families, rather than fitting the more traditional profile of angry, single men.

The report comes as Germany faces one of its most trying periods since it joined the war against the Islamist Taliban in Afghanistan nearly eight years ago. Defence Minister Karl-Theodor zu Guttenberg was forced to apologise and promise a full inquiry on Sunday after German soldiers killed six Afghan allies in a ”friendly fire” incident.

The accident followed the deaths earlier on Friday of three Bundeswehr soldiers in a fierce gun battle with Taliban insurgents.

Spiegel cited several cases in which young husbands and wives had moved together to the Waziristan region, even with babies and small children in tow.

Authorities are also concerned by the sheer speed with which this third generation are being radicalised and their abrupt readiness to disappear and start a new life in a terror training camp, the Spiegel report said.

One couple, named as Jan and Alexandra, were just 20 and 17 respectively when they disappeared. Alexandra was six months pregnant. They travelled from Berlin with another couple who authorities suspect were also headed for a new life as Jihadists.

Jan’s mother noticed in May 2008 that he had stopped eating pork. Within six months he had tried to covert his father to Islam and, on September 27, 2009 – the date of Germany’s federal election – Jan and his new wife Alexandra were gone.

“It’s shocking how quickly one of your own children can slip out of your control,” his mother said.

She added that she was seeking other families who were experiencing the same thing. “Hardly anyone else can understand our situation,” she said.

Investigators suspect Jan has appeared in a video for a new Jjihadist group, the German Taliban Mujahideen, which has caught the attention of anti-terror authorities for its vociferous threats to bring the war to German cities. Their videos have been illustrated with pictures of the Brandenburg Gate and Hamburg’s central train station.