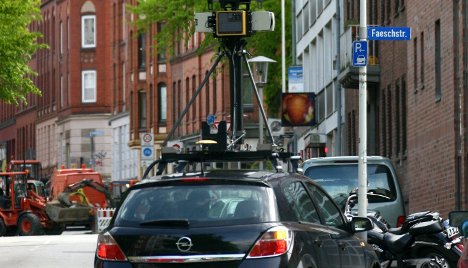 A Google employee left his specially-modified black Opel with eight mounted cameras parked overnight in the northern city of Oldenburg, but returned to find the tyres let down and the camera cables slashed, police told the news agency AFP.

“The employee found a note under the windscreen saying: ‘Please do not drive away, you have a puncture’,” police spokesman Sven Warnken said, adding the saboteurs seemed concerned no harm should come to the driver of the vehicle.

Google’s “Street View” service allows users to “walk” through the streets of certain cities by joining together thousands of photos taken by the cars to create a 3D image.

Launched in the United States in 2007, it is already available in several European countries, including France and Britain, but it has come under attack from privacy campaigners, concerned about being snapped without their consent.

Germany, where Google intends to launch the technology this year, is especially sensitive to the issue after abuses of privacy by the Nazis and the Stasi secret police of the old East German communist regime.

The “Street View” program already automatically blurs faces and car registration plates. However, as a concession to privacy concerns in Germany, the company will also allow unhappy users to delete a disputed photo.