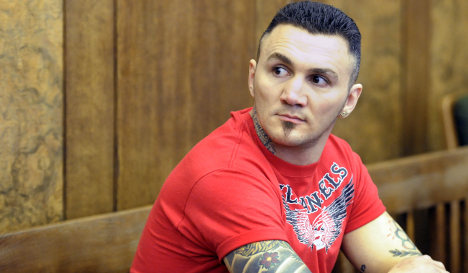 Last week, more than 600 police officers locked down the centre of the Duisburg to prevent a gang war from spilling out onto the streets of the gritty industrial city in North Rhine-Westphalia.

The massive police presence was aimed at discouraging open confrontation between rival bikers – the infamous Hells Angels and Bandidos. The two sides are involved in a bloody turf war across Germany that culminated in the murder of a police officer earlier this month.

“Germany is in the midst of a war between these gangs,” said Thomas Jungbluth, a lead investigator with North Rhine-Westphalia’s state police. “When it comes to defending their turfs, they can be brutal and ruthless.”

The authorities in Duisburg are now afraid the trial of Timur A., a pimp with ties to the Hells Angels, could lead to more violence. Timur A. is accused of shooting dead Rudolf Heinz “Ashley” E., a 32-year old member of the Bandidos, in October 2009. He also faces two counts of attempted manslaughter for narrowly missing two women suspected of working as prostitutes for the Bandidos.

The first day of the trial last week ended prematurely due to a legal technicality postponing it until March 31, but police will be on alert for as long as it continues to prevent another spasm of biker violence.

Immediately after Ashley E.’s death, the Duisburg Chapter of the Bandidos declared war on the Hells Angels on their website by posting: “Expect no mercy.”

The state police believe the Bandidos have already mapped out several routes of revenge.

“A lot of it is about losing face and money,” said Jungbluth. “The Bandidos and Hells Angels are involved in gambling, both legal and illegal, prostitution, arms dealing, extortion, money laundering and drug trafficking.”

But the Hells Angels, with strongholds in nearby Düsseldorf and Dortmund, signaled that they were not in the least afraid of their rivals. There was an uncontrollable melee involving more than 100 bikers last November as Bandidos attempted to storm a Duisburg bordello controlled by the Hells Angels. Police only managed to restore order after several hours of violence and a state-wide call for backup.

That sparked the German authorities to crack down on both gangs with a series of raids, confiscating illegal weapons, drugs, counterfeit money, stolen motorcycle parts and other contraband. Several powerful members from both the Hells Angels and the Bandidos were arrested and taken out of circulation for months, leading to relative calm.

Until March 17. On that day, a Hells Angel allegedly murdered a member of Rhineland-Palatinate’s special police unit by firing two shots through the door of his house when officers were trying to serve a search warrant. This led Germany’s powerful police union GdP to demand a total ban on bikers gangs.

But Udo Potthoff, a spokesman for the Duisburg police, said that would drive criminal biker elements underground.

“If we let them operate under their colours and from their various headquarters in different cities, at least we’re able to know where they are and keep some control over their actions,” he told The Local.

The biker war began to escalate about six years ago in the northern German state of Schleswig-Holstein. Cities like Kiel, Flensburg, Lübeck and Hamburg used to be “controlled” by the Hells Angels, but the Bandidos – who began their march through Europe after gaining their first bridgeheads in Denmark and Sweden in the early to mid 1990’s – are moving southward into the lucrative German market.

The result is an angry and fearful public caught in the crossfire.

“They said on the radio that the cost of having this excessive police force here in Duisburg is roughly €180,000 per day,” she said outside of the courthouse. “That’s insane. How many meals can be cooked for kids at kindergarten? How many unemployed folks could start on schooling programs for that kind of money?”

But the authorities are determined not let the bikers have any opportunity for violence.

“We won´t be caught with our guard down, that’s for sure,” said Potthoff. “We’ll be here with those big numbers, each and every day.”