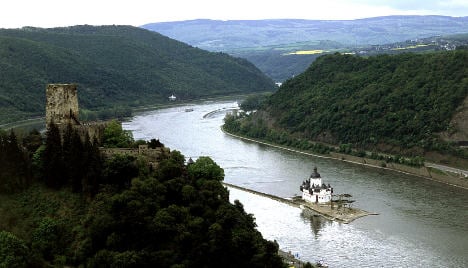 Schoolchildren across Germany and the world have learned since the 1930s that the Rhine is 1,320 km long– but it seems that was wrong according to a report in the Süddeutsche Zeitung paper on Saturday.

“We also have the number 1,320 in our publications, although we put a big question mark against that internally,” Alfred Hommes, spokesman for the federal institute for hydrology, told the paper.

He said a meeting of the commission for the hydrology of the Rhine area would meet next month and commission a check of the real length – and then probably make an official apology.

The error was uncovered by Bruno Kremer who told the Süddeutsche Zeitung he had been working on a report on the ecological aspects of Germany’s most famous river when he realised the length he had learned at school, was wrong.

“To make my report complete, I wanted to mention the length of the river,” he said.

“I noticed that in books from the first half of the 20th century, the Rhine was said to be shorter than it is now – its length was then given as around 1,230 kilometres. Modern lexicons and many publications of governmental authorities now say it is 1,320 kilometres.

“So I kept looking and checked more than 50 different references. They were split between these two lengths. I could not accept that.”

He said he then went to the source of the problem and checked that in Koblenz there is the kilometre stone 0, and then west of the Hook of Holland, where the Rhine enters the sea, there is the stone 1036.

He then added the length of Lake Constance and the Swiss share of the river, examining the newest maps he could find. His total came to 1,233 kilometres, which would seem to be pretty close.

“We checked it out and came to 1,232 kilometres,” said Ankie Pannekoek, spokeswoman for the Dutch government hydrology office.

“Until now we have concentrated on the Rhine between Lake Constance and the estuary which must be why the mistake was not noticed.”

It seems a simple mistake swapping numbers around was made during the 1930s, the Süddeutsche Zeitung suggests – noting that the lexica Brockhaus of 1903, Herder of 1907 and Meyer of 1909 all have 1,230 kilometres.

But in the Knaurs lexicon of 1932 the numbers are turned around making the river 1,320 kilometres long – and that number was taken by the Brockhaus book of 1933, and accepted ever since.

The Rhine Museum in Koblenz has corrected its numbers, said museum head Rainer Doetsch, while Brockhaus publishers has said it will alter its entry on the Rhine length in the next edition. School books will also be changed, the paper says.