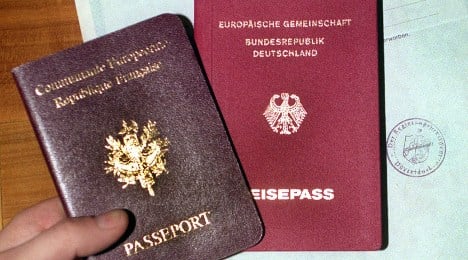 Current law, which forces such children to choose between German citizenship and the citizenship of their parents before they turn 23, is “inexpedient and destructive,” Berlin’s Interior Minister Ehrhart Körting said.

He warned that making the choice could lead to “difficult conflicts” and called for an end to the rule.

“For many of those affected, the requirement to choose between German citizenship and foreign citizenship seems like they must give up a part of their identity and cut of ties to their family heritage,” Körting said, adding that European Union law already allows for dual citizenship.

The three states governed by centre-left coalitions presenting the draft to the Bundesrat, which represents Germany’s 16 states, said there was no evidence that dual citizenship threatened integration.

But Hessian Justice Minister Jörg-Uwe Hahn disagreed, saying there was no solid argument for changing the rule and citing a recent meeting of state integration ministers who decided against working toward dual citizenship.

And with Chancellor Angela Merkel’s centre-right coalition of conservative Christian Democrats and pro-business Free Democrats holding a thin majority in the upper house, the proposal will have a difficult time gaining serious political traction.