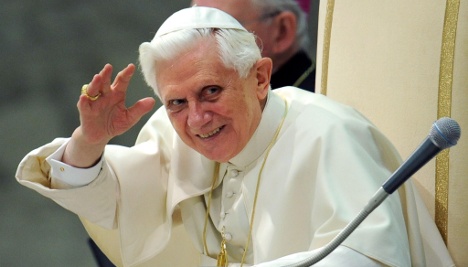 German-born Pope Benedict XVI has also suffered a crippling blow to his authority, with fewer than one in four people saying they trusted him personally, the poll published by Stern news magazine found.

Just 17 percent said they trusted the Church and 24 percent the Pope. That compares with 29 percent and 38 percent respectively in a similar poll taken at the end of January.

The poll taken by the Forsa surveying firm found that, even among Catholics, only a minority trusted either the Church or the Pope. Just 39 percent had confidence in the Pope, down from 62 percent at the end of January, while 34 percent trusted the Church, down from 56 percent.

Among non-denominational Germans, just 5 percent said they trusted the Church.

By comparison, the Protestant Church’s standing has barely been affected by the recent resignation of its leader Margot Käßmann, who was caught driving drunk. Some 42 percent of Germans said they had faith in Church compared with 44 percent at the end of January.

Among Protestants, trust was at 65 percent, actually a slight rise on the 64 percent registered six weeks ago.

The poll came as the Greens called the government’s planned “round table” on child sex abuse inadequate.

In recent weeks, hundreds of alleged victims have come forward with claims of child abuse, predominantly in the Catholic Church but also in some other organisations.

Chancellor Angela Merkel was avoiding “a genuinely critical debate,” Künast said, adding that the round table was unlikely to come up with concrete proposals.

The federal cabinet made arrangements Wednesday to establish the round table, with the committee holding its first meeting on April 23. It appointed former Social Democrats politician Christine Bergmann as an independent commissioner to head the roundtable.

But the Greens maintain that an independent commission of the German parliament is needed to overhaul the system of dealing with child sex abuse. This should include a compensation fund and money set aside for victims’ therapy, Der Spiegel reported.