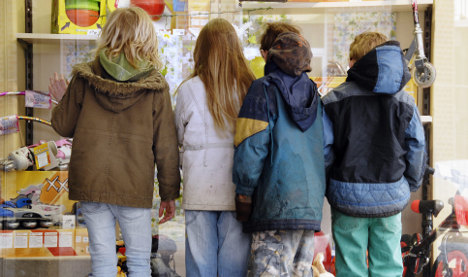 A federal court in Kassel knocked back a claim by a couple who wanted a one-time payment of €448 on top of their regular welfare to meet the cost of their fast-growing children’s wardrobes.

But the court said it was to be expected that children’s clothes needed to be replaced. This was part of the normal requirements already covered by Hartz IV payments, even when kids were going through growth spurts.

The argument made by the complainants – that they were enduring a particular hardship – was therefore rejected by the court as something all children went through.

The decision could have broader ramifications as the parliament prepares this year to review the way in which Hartz IV welfare benefits are calculated. In February, Germany’s constitutional court ruled that the basic method for calculating Hartz IV rates was flawed and that the parliament needed to review it.

In particular, it ruled that children were not merely small adults and therefore the rate of payments given to unemployed parents to cover their children’s needs could not be calculated as a fraction of adults’ living costs – as they are now.

By rejecting the argument that growing children have a special right to extra payments for replacement clothes, the court appears to be taking the opposite view.

The plaintiffs were a family from the town of Oer-Erkenschwick in North Rhine-Westphalia who in the summer of 2006 asked welfare authorities for €448 in extra money for their children, then aged three and four-years-old.

The parents, who had been on long-term unemployment benefits since 2005, claimed their three-year-old daughter abruptly grew out of her size 98 clothing and needed size 110. Their four-year-old had outgrown his size 104.