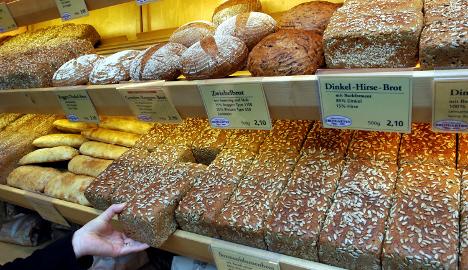 Peter Becker, the president of the German Baking Association, said the European Commission was endangering the good reputation of German bread by considering labelling only loaves with a salt content of 1.3 percent and below as “healthy.”

Becker said most types of German bread had salt levels of 1.8 to 2.2 percent.

“I find it discriminatory when our healthy bread can no longer be considered healthy,” said Becker. “It’s absolutely perverse.”

Becker said he feared the EU could eventually decide to ban German bread completely, but a spokesman for the European Commission tried to defuse the worries of the country’s bakers.

Carsten Lietz told the daily Berliner Zeitung on Tuesday that officials in Brussels planned to target industrially produced foodstuffs rather than traditional items such as baked goods.

“The baker on the corner will still be able to promote his bread as being healthy,” Lietz said.

Despite the supposed threat from Brussels, Becker said German bread lovers could look forward to another year of stable prices. Germany’s 15,000 bakeries employing some 290,000 people accounted for a turnover of €12.9 billion in 2009.