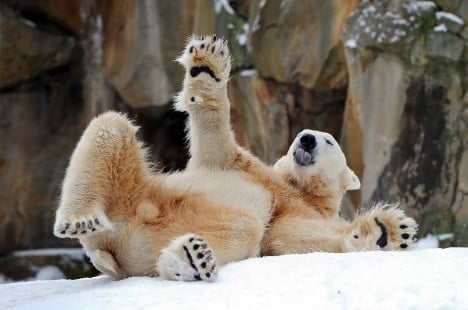 Thomas Dörflein, the zookeeper who raised Knut by hand, said before he died in 2008 that he hoped his adopted bear cub would someday become a father. And according to zoo director Bernhard Blaszkiewitz, his chance has now come.

“He’s going to be our new stud bull,” Blaszkiewitz said.

The three-year-old bear will soon be moving to the zoo’s largest polar bear enclosure to follow in his father Lars’ footsteps. There Lars, who has since moved to Wuppertal, covered female bears Tosca, Nancy and Katjuscha each year.

Later Tosca gave birth to the first polar bears born in Berlin for 30 years, but abandoned Knut and his twin brother on a rock in her enclosure. While his tiny twin didn’t make it, Knut was hand raised by Dörflein and went on to become a fuzzy star, welcoming some 10 million visitors since.

Now weighing in at a healthy 300 kilogrammes, the zoo hopes he will mate with Nancy and Katjuscha. Meanwhile his mother Tosca will be moved to the Friedrichsfelde Zoo in eastern Berlin.

Knut has been sharing a cage with Munich polar bear Gianna, a three-year-old on loan from Munich’s Hellabrunn Zoo who was initially intended to be his mate, but she will now return to her home in September.

Earlier this month, an animal rights group caused an uproar by calling for Knut to be castrated to avert incest with his distant cousin Gianna.