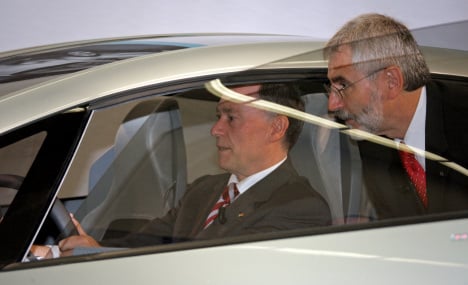 “We should, for instance, think about whether the price of gasoline shouldn’t actually tend to be higher rather than lower,” Köhler told weekly magazine Focus. The German head of state claimed price levels were still the strongest signal for consumers to change their behaviour.

But Germany’s ADAC automobile club fired back at Köhler’s suggestion, accusing him of “demonising personal mobility.”

“To the many millions of commuters who have to put up with driving long distances day after day to get to work, these kinds of remarks sound like ridicule,” he said on Sunday in Munich.

Köhler suggested government funding as a way to help low-income earners cope with higher petrol prices. “That’s not a problem we should shy away from,” he said.

Despite the solid reputation of Germany’s carmaking industry, Köhler questioned the economy’s dependence on the automotive sector. “Someone from that branch proudly told me that 60 percent of all innovations involve cars,” the president said. “That makes me rather nervous.”

Taxes account for more than 70 percent of the total fuel price in Germany. “From each tank filled, about €50 goes to the government,” ADAC’s Meyer said, arguing that it’s unfair for drivers to bear the brunt of costly climate and environmental protections.

But Köhler told Focus that the German government must facilitate a paradigm shift that promotes an environmentally friendly and sensible economic attitude.

“The nation that adjusts to this situation most quickly and intelligently will create jobs and prosperity,” he said.