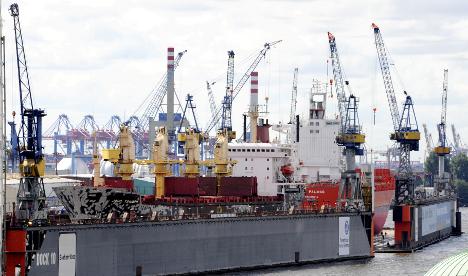 Ahead of a meeting for shipbuilders, Schleswig-Holstein state premier Peter Harry Carstensen told financial daily Handelsblatt that the government needs to step in and help solve problems in the industry.

“I expect that the meeting of the maritime coordinator with the coastal states will bring progress in solving the long-running financial problems in the maritime economy,” he told the paper.

German shipbuilders must be able to “build ships in Germany again,” he added, suggesting aid for work in new technology.

“Otherwise it will be too late for the shipbuilders in northern Germany,” he said.

The global financial crisis has affected shipbuilders around the world, he added, predicting that only 40 to 50 percent would survive.

“But I want the northern German companies to make it,” he told NDR.