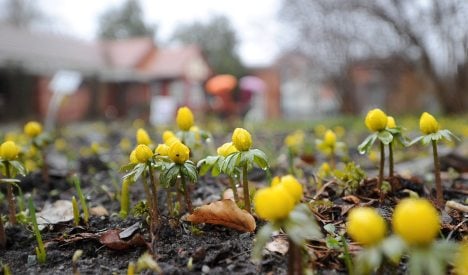 The Atlantic air will heat up the southwest and help thaw out the rest of country on Thursday and Friday.

“No worries, winter won’t be coming back,” DWD meteorologist Thomas Ruppert said in a statement on Tuesday.

The warm weather will come after weeks of snow and cold lasting right up to last weekend.

Wednesday is expected to be significantly milder, with the coolest temperatures in the north between five and nine degrees, and warmer regions in the south and Rhineland between 14 and 19 degrees.

Thursday will be a bit cloudy, but dry with temperatures reaching above 18 degrees in the south and just about 10 degrees in the east, the DWD reported.

Friday might be a good day to play hooky in the Rhineland and in the southern states, where temperatures will again reach above 20 degrees. Even northern and eastern regions can expect temperatures as high as 16 degrees.