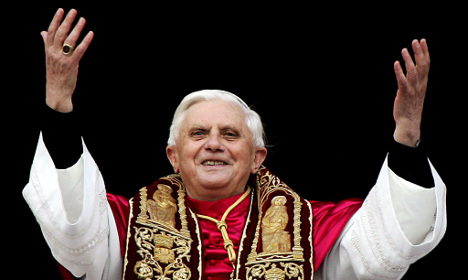 The scandal “affects people, whether they are religious or not,” said Dirk Tänzler, head of the Federation of German Catholic Youth (BDKJ), in the Berliner Zeitung daily. “The Holy Father should make a statement about this.”

He added that the German Catholic Church, which has been hit by allegations of child sex abuse dating back decades on an almost daily basis in recent weeks, was in the midst of one of its “biggest identity crises since 1945.”

Christian Weisner from the German chapter of reform movement We Are Church said meanwhile that the pope “has not yet realised the full extent of the unease” caused by the scandal.

The recent statement from the Vatican alleging a campaign to target the pope “is the worst possible communication strategy thinkable,” Weisner told the Munich regional daily TZ.

“Many Catholics who are faithful to the Church regret the fact that Benedict XVI has failed to express a single word of sympathy,” Weisner added.

The Catholic Church has been engulfed in a scandal since January when a Jesuit-run school in Berlin admitted systematic sexual abuse of pupils by two priests in the 1970s and 1980s.

Since then, there have been allegations at almost two-thirds of the country’s 27 dioceses as more victims come forward.

With the Catholic Church also hit by similar scandals in other countries, Benedict has spoken out several times since the start of his papacy in 2005 on the issue.

In February, he described child abuse as a “heinous crime” and a “grave sin.” But he has yet to comment directly on the scandal rocking his home country, critics say.

One of the implicated Catholic institutions is a boarding school attached to Regensburg cathedral’s choir, called the Domspatzen, or “Cathedral Sparrows.” The pope’s elder brother, Georg Ratzinger, who ran the choir for 30 years, has denied all knowledge of sexual abuse there.

On Friday the dioceses of Munich and Freising said that the pope, when he was archbishop there, had approved giving a priest suspected of sexual abuse Church housing in the diocese for “therapy” in 1980.

Two years later, by which time the pope had been transferred to the Vatican, the priest was given pastoral duties in the town of Grafing. He committed sexual abuse and was given a suspended jail sentence in 1986.

On Friday the man who was vicar-general at the time assumed “all responsibility” for the “bad mistake.” The priest in question is reportedly still employed by the Church in Bad Tölz, where there was an uproar among his church’s congregation during Sunday’s mass when a man stood to demand the church stop trying to distract from the issue, daily Süddeutsche Zeitung reported on Monday.

Vatican spokesman Federico Lombardi went on the offensive on Saturday.

“It is clearly evident that in the past few days there are some who have sought – with a dogged focus on Regensburg and Munich – elements to personally implicate the Holy Father in questions of abuse,” he said.

“It is clear that these efforts have failed,” he said on Radio Vatican.

“The Church’s credibility has been badly shaken,” said Wolfgang Thierse, deputy speaker of the German parliament and a board member of the Central Committee of German Catholics (ZdK).

“The Church should be more honest and more severe with itself, and that goes for the pope too,” he said on public television channel ZDF.

Senior Church figures in Germany meanwhile called for a review of priestly celibacy, a tradition Benedict defended on Friday as a “sign of full devotion” and of an “entire commitment to the Lord.”

The Church “should reflect on whether there are … conditions that favour abuse,” the ZdK head Alois Glück told daily Süddeutsche Zeitung, citing loosening celibacy regulations as “one way” to achieve this.