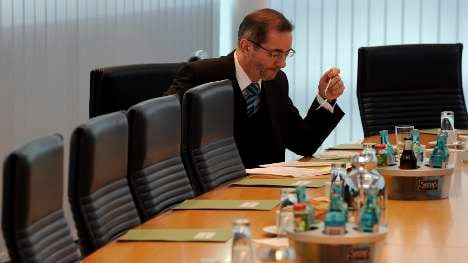 Focus news magazine said on Saturday that despite the spies being uncovered, they were not prosecuted but simply moved to different jobs within the state authorities.

In two cases the spies even moved jobs within the state chancellery – still within immediate reach of Platzeck, the magazine said.

One of the suspects is a high-ranking governmental civil servant, who according to files in the Czech interior ministry, had close contact to the Cold War-era Prague secret service.

The German secret service bugged and watched him for five months, during which time he met with a Russian secret agent handler. He has been given different work within the Brandenburg state administration.

A further connection was made between the head of the special Russian section for infiltration of German security institutions, and a woman working at the Brandenburg state chancellery.

This emerged during what the magazine described as intensive bugging of the Russian embassy in Berlin. It is thought the woman may have been recruited by the Russian services while studying in Moscow. She has also been moved within the chancellery.

A third alleged spy in the Brandenburg capital Potsdam was recruited by the Moscow secret service during the Cold War, and given false papers before he was hired by the chancellery to organise trips for Platzeck to Moscow.

Platzeck has come under fire for leading a coalition of his own Social Democratic Party (SPD) and the socialist Left party, which includes many former members of the communist party and is considered untouchable by many mainstream parties.

Leading a state which was part of former East Germany, he has also called for reconciliation with those who ruled or supported the one-party state.