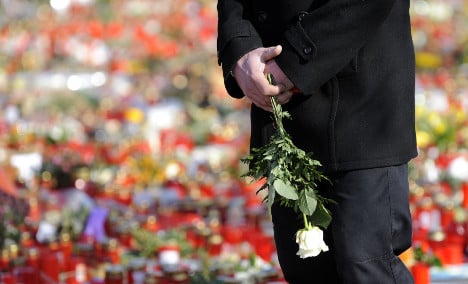 Seventeen-year-old Tim Kretschmer killed 15 people and himself in the picturesque southwestern town during a rampage that started at his old school on March 11, 2009. His father has since been charged with manslaughter because he was allegedly negligent in the storage of more than a dozen weapons at his house, one of which – a 9mm Beretta pistol – was used in the killings.

“Random inspections in Baden-Württemberg have shown that more than half of the weapons owners do not have their munitions locked up as prescribed,” he told daily Neue Osnabrücker Zeitung, adding that new school shooting emergency plans frequently go unpractised.

Germany has capitulated to the weapons lobby, Jansen continued.

“The hobby of shooting sports remains a priority above human life in Germany as it did before,” he said.

In an interview with broadcaster Deutschlandfunk, Körper said the country’s weapons registry has not been vigilantly implemented, and called for a renewed amnesty for those who turn in illegal firearms.

But deputy head of the Christian Democratic parliamentary group Wolfgang Bosbach disagreed in the Mitteldeutsche Zeitung, saying the reforms have been successful.

“They have increased the awareness that weapons must be securely stored in the home,” he told the paper.

German President Horst Köhler is scheduled to speak at a public memorial service in Winnenden at 11 am on Thursday.