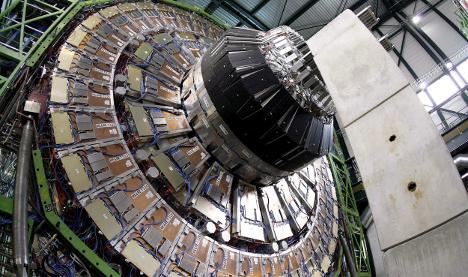 her fears would come about.”

“The overwhelming scientific opinion is that the experiments carried out at CERN present no dangers,” the court said, referring to the European Organisation for Nuclear Research.

CERN scientists are looking to the Large Hadron Collider (LHC) to mimic the conditions that followed the Big Bang and help explain the origins of the universe.

Housed inside a 27-kilometre (16.8-mile) tunnel straddling the Franco-Swiss border, the collider was started with great fanfare in September 2008, only to break down after nine days for the next 14 months. It was shut down again in December, this time to ready it for collisions at unfathomed energy levels which began last month.

The scientific holy grail is to find a theorised component called the Higgs boson, commonly called the “God Particle,” which would explain how particles acquire mass.

The woman, who has not been named and who lives outside Germany, failed with an injunction with a Cologne court seeking to oblige the German government to stop the project.

Other opponents have also sought to stop the collider, fearing either a black hole whose super-gravity would swallow the Earth or a theoretical particle called a strangelet that would turn the planet to goo.