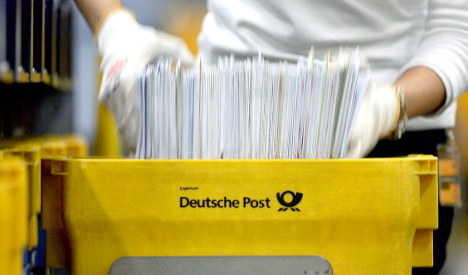 Turnover dropped 15 percent to €46.2 billion but chief executive Frank Appel implemented cost-cutting measures which saved the group more than €1 billion, it said in a statement.

As a result, the former German mail monopoly’s core earnings before interest and tax (EBIT) reached €1.47 billion, well above Deutsche Post’s own outlook of €1.35 billion made in November.

Last year had its share of asset write-downs as well however, in particular owing to the bankruptcy of German retailer Arcandor, which provided lots of business via its Quelle mail-order division.

Deutsche Post subtracted more than €300 million from its books in the last quarter as it restructured operations owing to the lost business.

For 2010, Deutsche Post “foresees a moderate recovery in global transport volumes.” It expects core earnings before exceptional items of between €1.6 billions to €1.9 billion and a significant reduction in exceptional charges, which should

“Thanks to strict cost management and the consistent implementation of our Strategy 2015, we are now able to benefit overproportionally from the accelerating global economic recovery,” the group said.