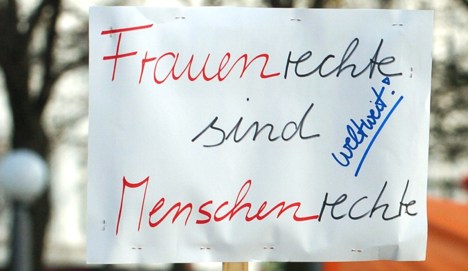 “Women need to be given the chance to rise up to top positions,” Schavan said on Sunday in Berlin. Although more and more German women were making progress in business, science and research, Schavan pointed out that positions at the very top were still dominated by men.

The education minister said that her department had started initiatives to promote equality.

“With our Girls Day we interest young women in science and technology, and with our female professors programme we make sure that the number of women at universities keeps growing,” she said.

According to a European Commission report released this week, Germany has one of the biggest gender pay gaps in Europe. German men earned an average of 23.8 percent more than women in 2009, with the European average at 18 percent.

In the 27 EU member states, only women in Estonia, the Czech Republic, Austria and the Netherlands fare worse.

“This is unacceptable,” EU Commissioner for justice and fundamental rights Viviane Reding told the German daily Die Welt. “Germany is one of the most economically developed countries and should lead by example, instead of lagging behind.”

The first ever International Women’s Day was celebrated in 1911 in Denmark, Austria, Switzerland, the USA and Germany. In 1921 organisers settled on March 8, and since the UN resolution in 1977 all UN countries have celebrated the women’s achievements on this day.