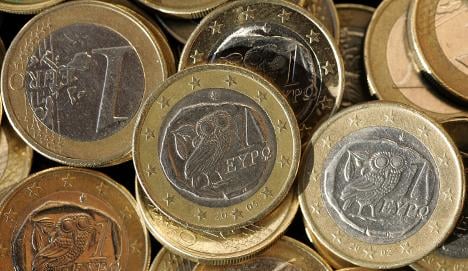 “Papandreou said that he didn’t want one cent – in any case the German government will not give one cent,” Brüderle said on the sidelines of a meeting with European Union industry commissioner Antonio Tajani.

The remarks came ahead of talks in Berlin later on Friday between Papandreou and Merkel amid rising tension between the two countries.

“We are not asking for money,” Papandreou said. “We need support from the European Union and our partners to obtain credit on the markets at better conditions. If we do not receive this aid, we will not be able to enact the changes we foresee.”

Greece successfully raised an urgently needed €5.0 billion ($6.8 billion) with a bond issue on Thursday, but had to pay an interest rate significantly above 6.0 percent, or about twice the rate at which Germany can borrow.

Papandreou has made clear that he is looking for some form of expression of “solidarity” which would enable Greece to share some of the credibility attached to other eurozone governments, notably Germany, so that future bonds can be issued at a lower rate.

Germany, Europe’s biggest economy, is widely seen as the most likely candidate to help prevent what would be a disastrous Greek default but there is strong opposition in the country against such a move.

Greek politicians have bristled over insulting headlines in the German press and editorials denouncing the corruption there, although Papandreou himself has acknowledged the problem.

Media reports have suggested that for all the stern words, Germany is drawing up contingency plans behind the scenes including either bilateral aid, joint European action or help from the International Monetary Fund.

Merkel welcomed Greece’s announcement Wednesday of a package of austerity measures as “an important step” towards cutting its budget deficit and restoring trust in Athens and the euro.