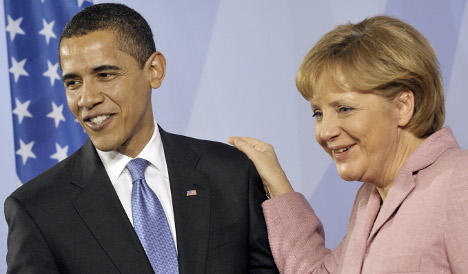 Some 48 percent of the US citizens who participated in the December 2009 poll by the government-sponsored German Information Centre reported having an “excellent” or “good” view of Germany.

“I’m extremely pleased. The good results show that excellent political ties between our governments is accompanied by a rather positive view of our country by Americans,” German Ambassador to the US Klaus Scharioth said as he presented the results.

Of the 1,051 representative Americans who participated in the poll just one month after Chancellor Angela Merkel gave her historic speech to the US Congress, feelings about Germany were most positive among young university graduates.

Germany is no longer associated with old clichés in the United States, but rather with top technological developments and important issues such as environmental protection and the development of renewable energy.

The results are significantly better than they were during the height of diplomatic tensions over the Iraq war when former President George W. Bush was in office. Back then, just 27 percent of poll participants associated positive sentiments with Germany.

Meanwhile the German-American relationship is believed to be “excellent” or “good” by 41 percent of the US citizens, up almost 10 percent from the last poll, though still not as high as September 2001 when a whopping 65 percent had positive feelings about the transatlantic partnership.

But 47 percent said they believed Germany could do more in the war against terrorism especially in Afghanistan, according to the survey.

And while the American view of Germany may be positive, only 12 percent of those polled said it was very influential in their country’s policy decisions. Germany rated fifth place in importance behind the UK, Canada, China and Japan.