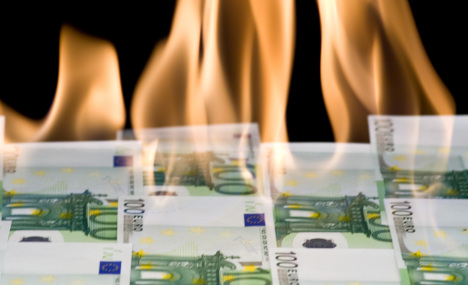 The report by Bundestag administration on the earnings of the 622 members of the parliament found that at least 111 members have outside jobs that have earned them at least €7,000 on top of their official salaries since October.

Of these, 67 are members of Angela Merkel’s conservative Christian Democrats or their Bavarian sister party the Christian Social Union. Their junior coalition partners, the pro-business Free Democrats, are in second place with 25 members, followed by the centre-left opposition Social Democrats (SPD) with 14, the socialist Left Party with three and the environmentalist Greens with two.

The figures apply only to what the members of the current parliament have earned since the federal election last October and therefore could rise considerably over the period of a whole year.

Controversy over moonlighting erupted last week when the SPD claimed Foreign Minister and Vice Chancellor Guido Westerwelle had earned at least €252,000 on the professional speaking circuit while in opposition during the last parliamentary period from 2005 to 2009.

He had given 36 paid speeches, mostly to big banks and finance firms, SPD parliamentary group whip Thomas Oppermann said, and demanded Westerwelle reveal exactly how much he had made on top of his public salary.

Westerwelle replied: “I have adhered in full measure to justice and the law.”

The new report does not detail precise figures for individuals but rather puts them into categories. Category one covers one-off payments of between €1,000 and €3,500. Category two covers ongoing payments of up €7,000 and category three payments of more than €7,000.

An analysis of the figures by news agency DPA shows at least 162 members received a one-off payment of up to €3,500 for outside work, while 111 members had recurring work that had so far earned them at least €7,000.

Among the big earners are former SPD Finance Minister Peer Steinbrück, who sits on several company boards, each of which have earned him more than €7,000, and Left party leader Gregor Gysi, who has earned more than €7,000 by giving speeches arranged by the firm CSA Celebrity Speakers.

Former Economy Minister Michael Glos of the CSU was also a big earner, sitting on the boards of Castellbank, the Münchner Hypothekenbank and Delta Management Consultants, each of which paid more than €7,000.

Parliamentary newcomer Frank Steffel was also high up on the list. On top of his monthly salary of €7,668 and his parliamentary expenses of €3,969, Steffel earned more than €7,000 from his carpet business, as well as a one-off payment for advisory work to the Berliner Spielbank.

Organisations concerned with transparency and honesty in politics were dismayed by the figures.

“There are just too many loopholes through which MPs can conceal possible conflicts of interest,” said Nina Katzemich of the group LobbyControl, which keeps an eye on outside interests that could influence parliamentarians.