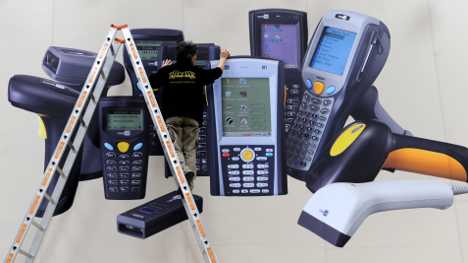 The CeBIT, traditionally a showcase for computing and software firms to unveil their latest flagship designs, is evolving into more of a consumer-driven event, organisers said, as crisis-hit IT companies stay away.

Exhibitor numbers dropped by three percent this year with 4,157 firms from 68 countries due to erect stands at the vast centre in northern Germany.

“Given the economic and financial climate, we consider it a success that our exhibitor numbers are approximately stable,” said Sass.

At the height of the dot-com boom, more than 8,000 companies set up shop at the CeBIT.

Sass pointed to some giants of the tech world which are visiting the CeBIT for the first time, such as Google and online bookseller Amazon, as well as regulars such as IBM, Microsoft, SAP, Vodafone, Fujitsu or Ericsson.

“Connected Worlds” is the theme of this year’s fair, with companies aiming to exhibit energy and labour-saving devices that use wireless technology to communicate with each other and with users far away.

Using so-called “Smart Metering,” for example, a person sitting at his desk at work can remotely operate household devices such as the washing machine or heating system to take advantage of reduced tariffs, saving money and energy.

“Using his mobile phone as a display and control mechanism, the resident can control the energy consumption of his appliances,” said Markus Eisenhauer, a scientist at the Fraunhofer Institute for Experimental Software Engineering, who developed the system.

“For instance, he can display consumption per room, turn appliances on or off, or dim the lights,” he said.

Microsoft will also unveil the so-called “smart” classroom of the future, where real schoolchildren will take classes with multi-touch whiteboards.

Inspired by the success of James Cameron’s 3D sci-fi blockbuster “Avatar,” this year’s fair is being seen very much through 3D glasses, with a host of new three-dimensional technologies exhibited.

According to Sass, screens will be unveiled at the CeBIT that use tiny cameras to sense the movement of a viewer’s eyes and adapt a picture to make it appear in three dimensions without the need for special glasses.

The fair will also have a musical bent, with “CeBIT Sounds” presenting new products that use cutting-edge technology for the music industry, currently grappling with the influence of the Internet on the trade.

And among the many mind-blowing gadgets at the CeBIT’s “future park” is a “silent sound” device that measures the movements of the lips and transforms them into sound.

The technology could help people who have lost their voices due to a larynx disorder, allow people to make silent phone calls without disturbing others in the office – or the train – and speak without risk of being overheard.

Chancellor Angela Merkel will officially open the show on Monday evening with Jose Luis Rodriguez Zapatero, the prime minister of Spain, which is this year’s “partner country” and currently holds the EU presidency.

The CeBIT is open to the public from March 2 to 6.