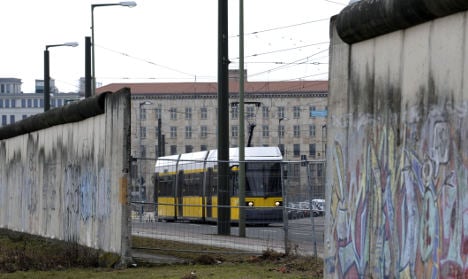 Now the city’s government is setting up a working group to protect the remains of the wall and whatever watchtowers still survive.

Axel Klausmeier, director of the Berliner Mauer Foundation said the committee will include monument specialists, restorers, engineers and concrete experts.

They will have a budget of around €450,000, taken from monies confiscated from defunct former East German parties and mass organisations.

In particular, the sections between the north western district of Wedding and the eastern district of Mitte, are in bad condition, said Klausmeier. People chipping pieces off the wall, combined with 20 years of weather and neglect, have left their mark.

In the worst scenario, sections of the wall could topple over in a storm or should a car crash into it, said Klausmeier. The section along Bernauer Strasse has already been fenced off to prevent any such accidents.

The working group will be tasked with finding a solution which maintains the current visibility of the wall, but stabilises and protects it. One idea currently being discussed is to erect supports along the back side of the wall, into the death strip. “That is a minimal intervention, but it would change the look and the surrounding area very much,” said Klausmeier.

A number of other options are also being considered, and new ideas are being sought. “We are still right at the beginning of thinking about it,” said Klausmeier.