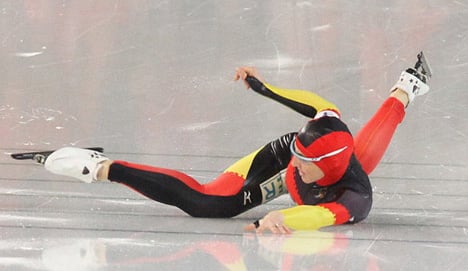 Racing against the US, the 33-year-old stumbled on the final lap before slipping headfirst along the Richmond Oval ice and then crawling across the final 25 metres to get over the line, just 0.23sec ahead of the Americans.

In the final, the Japanese team led the Germans for five laps as Stephanie Beckert, Daniela Anschütz Thomas and Katrin Mattscherodt trailed by more than a second.

But in the final 600 metres Germany turned up the heat and crossed the line in 3min 2.82sec to take gold by just 0.02sec.

“My feelings are up and down. It was like a carousel. I nearly messed it up,” said Friesinger-Postma. 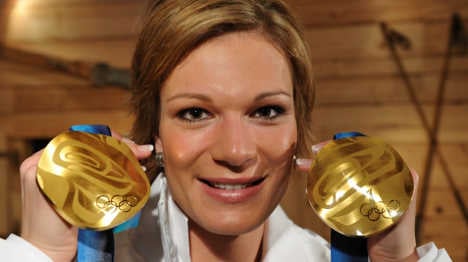 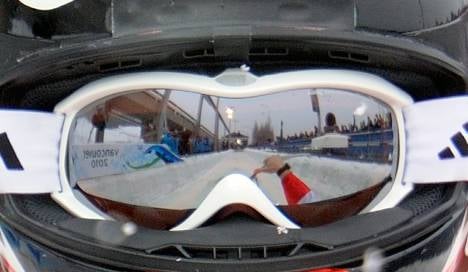 OLYMPICS
Germans call for bobsleigh course to be closed after crashes

As the 25-year-old took the podium, her younger sister Susanne, 22, was in the crowd to support her, despite enormous disappointment at having failed to get through to the final herself.

Although Maria talked of, “the biggest day of my life,” she also had sympathy as well as tears for her sister. “For her it was probably one of the most bitter moments of her career,” she said.

“No matter how much I was happy, I was also suffering for her. The world finishes when you don’t make it.”

The sisters have both been very successful, taking places on the podium at two world cups. Hopes that they would share metalwork at the Olympics were dashed with Susanne’s failure.

Maria said, “The really big dream would have been to stand on the podium with her, but sadly we had to say goodbye to that.”

The training staff were also torn between joy for Maria and sympathy for Susanne. Wolfgang Maier, director of the alpinists said, “That it contrasted so starkly, that has a certain drama. With one it went so smoothly, and for the other one realises, it is only limping along. That hits one of course.”

Maria Riesch is the third double Olympic Alpine gold medallist from Germany, following Rosi Mittermaier in 1976 and Katja Seizinger in 1998. 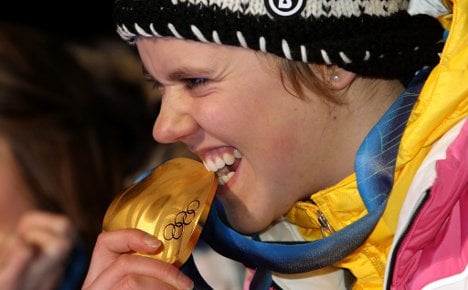 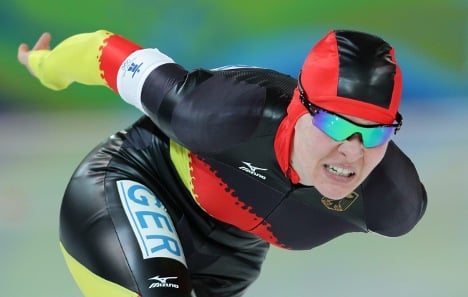 SPEED
Germany gets silver and a scare in Vancouver
Url copied to clipboard!