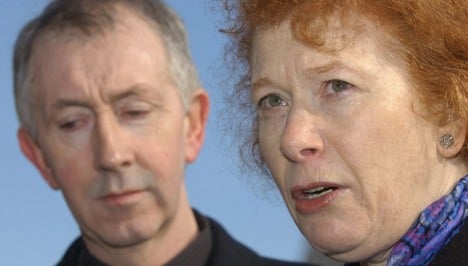 Erica Duggan has been trying to find out how her son Jeremiah died since he was found dead on a road near Wiesbaden in the early hours of March 27, 2003, according to a report in the British paper The Independent.

He called her that night, telling her he was in trouble, and spelling out the place he was staying, before being interrupted and cut off. Within a few hours the police phoned Duggan to tell her Jeremiah had been found dead.

Witnesses told police they saw a man run into the middle of the road before being hit by two different cars. He was dead of head injuries by the time authorities reached the scene.

Duggan told the paper that the German police conclusion – that Jeremiah had killed himself – also did not fit with what she knew of her 22-year-old son.

“He had so many plans for the future and never showed even the slightest inkling of depression,” she told the paper.

“But it’s more than just that. The call I got from him just before he died, that was from someone who desperately wanted to live, who was trying to survive. It wasn’t from someone intent on killing himself.”

She has spent years getting private investigators and forensic experts to look at the evidence surrounding his death, selling her house to fund their work

He had been studying at the British Institute in Paris but had gone to Wiesbaden to attend what he thought was going to be conference opposing the Iraq war.

The conference was organised by the Schiller Institute, described by the paper as an extremist political think-tank linked to right-wing conspiracy theorist Lyndon LaRouche.

The paper said he is an 87-year-old convicted fraudster who sees the world as controlled by a mass Zionist conspiracy of bankers, lobbyists and politicians.

Duggan said she discovered from the notes her son took during the five days he spent there, that he had become aware of the anti-Semitic beliefs of many of the LaRouche followers – and had spoken out against them.

She said, “There were a lot of comments blaming the Jews for Iraq and he got up to say that he was Jewish and he didn’t support the war. Whatever happened, it’s clear he fell out with these people very quickly.”

The reports she commissioned from former police investigators suggest her son was not killed in the road accident, and that he had defence wounds on his arms.

On Friday her lawyers convinced the High Court to launch a second inquest into Jeremiah’s death, following the decision by Attorney General Baroness Scotland’s decision to grant them permission for such a move.

The initial inquest, in 2004, rejected the suicide version, returning an open verdict, saying that Jeremiah had died in a ‘state of terror’, the paper reported.

The Duggan family and those who support them, hope the German police will now be forced to reinvestigate the case.

They have a complaint in the German system saying the police had failed to investigate his death properly, but it is currently being slowly dealt with by the Federal Constitutional Court, while police in Wiesbaden have refused to act.

The Independent said that a British police memo described LaRouche Movement as a ‘political cult with sinister and dangerous connections’.