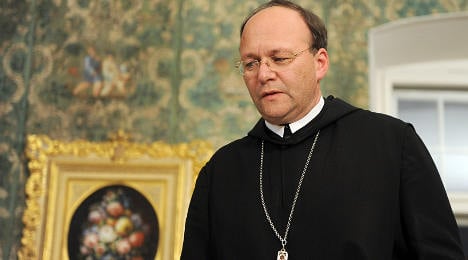 Barnabas Bögle, abbot of the Bavarian Ettal Benedictine monastery, and Maurus Kraß, head of the school and prior there, both resigned this week after admitting that regulations on reporting accusations of abuse had not been followed.

The number of former and current students at Ettal who have made accusations of abuse has risen to 20. It has also been claimed that claims were made in 2003, during a class reunion, but that nothing was done.

The monastery at St Ottilien also reported it had received a letter accusing a teacher there of abuse during the 1960s. A letter was also sent to the local paper, the Abendzeitung accusing a priest in the former seminary of having taken nude pictures of boys there during the late 1960s.

Karlheinz Knebel, general vicar of the Augsburg bishopric, called for the accusations to be thoroughly investigated. He said it was about the credibility of the Catholic Church.

That credibility is at rock bottom, according to two surveys published on Saturday, which showed that only 30 percent of Germans consider the Church as honest.

The surveys, both conducted by Omni Quest for the Kölner Stadt-Anzeiger and the Frankfurter Rundschau newspapers, suggested that even among Catholics, less than half considered the church honest and true-to-life.

Christian Weisner, one of the initiators of the Catholic grassroots reform group Wir sind Kirche, said, “The catastrophic results are not only down to the current situation, but an expression of a long-term and terrible loss of trust.

“The Church ignores the experience of people in their every day lives. Families are prayed for, but not single parents or single people.”

The surveys showed only 20 percent believing that the Church would help to investigate the abuse claims, with 68 percent saying they did not think it would help.

Respected Catholic theologian Hans Küng wrote on Saturday that the celibacy rule played a rule in the abuse of children and young people in Catholic schools, and called for clerics to be allowed to marry.

Writing in the Süddeutsche Zeitung he said the celibacy rule contradicted the bible, quoting from Corinthians, “Due to the temptation of illicit sexual relations, every man should have his woman, and every woman her man.”