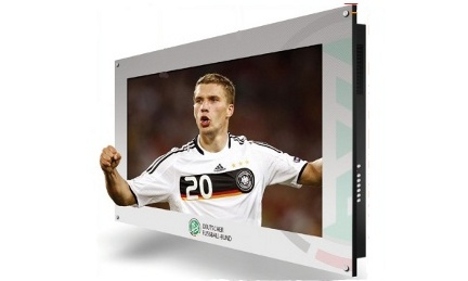 With the US blockbuster ”Avatar” whetting audience appetites for seeing movies in 3D, experts in Germany believe the small screen is also due for a revolution.

“Live sports will be the big winner because you don’t have to develop new content,” filmmaker Ludger Pfanz, who teaches at the new Expanded 3 Digital Cinema Laboratory at the Karlsruhe Design University, told The Local on Friday. “The first time I watched 3D football, I understood the offside rule for the first time.”

He predicted 3D television would be a common feature in German living rooms within four to seven years and would become the norm by 2020.

The 2014 Football World Cup would be a turning point, he said. Sony has struck a deal with football governing body FIFA to film this year’s World Cup in South Africa in 3D but the technology would hit its stride properly in 2014, Pfanz said.

A Karlsruhe multimedia firm, Kary Multimedia, has developed 3D TV technology that does not require the goofy glasses used in cinemas.

CEO Ralf Schütten told The Local his firm made television screens that could render any image into 3D and did not need specially made content.

The firm’s software mimics the use of separate cameras to turn a 2D image into 16 separate pictures that each appear to be from a slightly different angle. All 16 images are then shown together on an LCD screen coated with a special transparent foil – patented by the firm – that separates the images so that the left and right eyes see slightly different perspectives, tricking the brain into perceiving depth.

At present the screens are being used by big firms such as Porsche and Siemens for marketing and corporate presentations but Schütten is looking to strike deals with television companies to sell the technology to private homes.

Schütten’s technology creates what he calls a “pop-out” effect in which objects appear to project up to one metre in front of the screen, unlike the technique used by films such as “Avatar,” in which the 3D effect seems to take place behind the screen.

the race was on to perfect it and bring it to the market first.

Pfanz and his team are working on developing the content for this new kind of television. Their focus is on the style of storytelling, creating new narratives that fully exploit the new technology.

“Avatar,” while ground-breaking visually, had very a conventional story, he said.

“It was Pocahontas in space – the story had been told 300 times,” he said. “But on the visual level it was amazing.”

Pfanz said the possibilities were limitless for taking the viewer outside of conventional ideas of perspective, identity and space.

The script he is now working on tells the story of a famous scientist who loses consciousness and goes on a journey into the inner space of his own mind.

“It’s a story about space and where we really are when we are in the world – and that’s where 3D will take us places we haven’t been able to go in a storytelling sense,” he said.

Filmmakers would also be able to manipulate how viewers saw images. They could, for example, swap around the perspectives the eyes normally saw, or skew footage so that one eye saw more than the other.

Pfanz and his colleagues recently altered footage of two people dancing so that, for one single frame, the left eye was given the image that the right eye should have seen. One frame was enough to throw the viewer’s perception into disarray.

“It went from being just a cute dance to something that was actually quite disturbing. But it has enormous creative potential. We can use it to create feelings like fear, depression and vertigo – like Hitchcock used the camera to create the effect in his film Vertigo.”