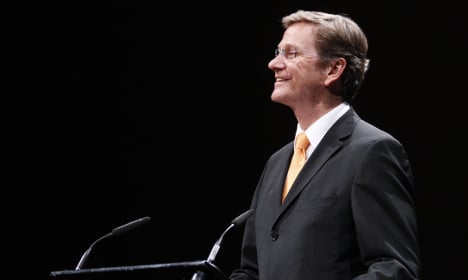 The poll commissioned by broadcaster ZDF found that some 54 percent of people backed Westerwelle’s criticism that people who chose work over welfare were not sufficiently rewarded, compared with 37 percent who disagreed.

This included 91 percent of his own Free Democratic Party’s supporters and 70 percent of supporters of Angela Merkel’s Christian Democrats (CDU) and their Bavarian sister party, the Christian Social Union.

Westerwelle has repeatedly sparked controversy in recent weeks by comparing Germany to the “decadent” late-Roman period and saying workers were in danger of becoming the nation’s “suckers.”

Merkel on Thursday took a swipe at her coalition partner, pointing out that he was creating the impression that he was breaking a taboo by criticizing welfare-dependence when in fact he was stating the obvious.

Nearly three quarters of respondents to the poll said the political atmosphere in the coalition of Merkel’s CDU and Westerwelle’s FDP had rapidly deteriorated. Two months ago, only 42 percent said this was the case.

Just over half (51 percent) blamed the FDP for the tense relationship between the coalition partners.

Only 36 percent said they thought the government was helping to solve the most important problems, while 57 percent said it was failing.

Defence Minister Karl-Theodor zu Guttenberg remains the country’s most popular politician. On scale by which 5 points mean a politician is well-liked and -5 means they are disliked by all, Guttenberg scored 1.9. He came in ahead of Merkel who was in second place at 1.5. Westerwelle registered at -0.8, which was a drop since the end of January when he was at -0.3.

The poll of 1,324 people by independent opinion research institute Forschungsgruppe Wahlen was taken from February 23 to 25.