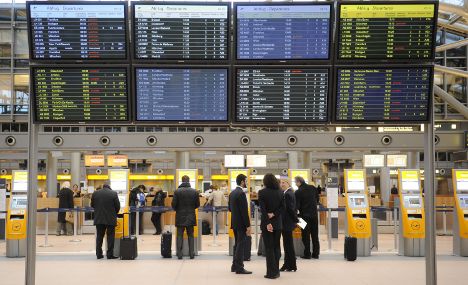 Some 400 flights were expected to be cancelled out of Lufthansa’s regular daily schedule of 1,800. The airline said it planned to be back to normal by Friday.

Significantly fewer passengers were reported at the Frankfurt Airport, one of Lufthansa’s main hubs, because many had rescheduled or cancelled reservations early in the week when the strike was expected to last until Thursday, the spokesperson said.

The firm’s low-cost subsidiary Germanwings was also still affected by the strike, but it also said it expected to be back on schedule by Friday.

Lufthansa and pilots’ union Cockpit agreed on Monday to resume talks after a single-day strike grounded almost half of the airline’s flights.

Europe’s biggest airline had asked a Frankfurt court to prevent the four-day strike from continuing, calling the action “disproportionate.” The scheduled strike had been projected to cost Lufthansa up to €65 million.

Like most airlines, the German flag carrier is still feeling the pinch of the financial crisis, but Cockpit says its members deserve a 6.4-percent pay raise and job guarantees.

Negotiations between the two sides are set to resume after they reach a court settlement. Meanwhile Cockpit has agreed to suspend further strikes until March 8.