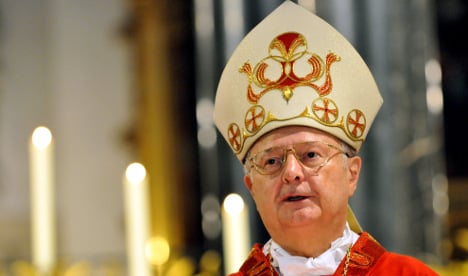 “The abuse is of particular weight when it comes to the Church, because children and youth give a special trust to the priests,” Archbishop Zollitsch said ahead of the DBK’s conference in Freiburg, calling the crimes “heinous.”

The abuse scandal that was uncovered at Berlin’s prestigious Canisius school last month continues to grow, with around 50 former students claiming they were sexually abused in the 1970s and 1980s. But lawyers for victims have said more than 115 people across the country have since come forward with allegations of abuse by up to 12 different priests and teachers at other Catholic institutions too.

During the conference the bishops will discuss their “guidelines for dealing with sexual abuse of children by clergy” and “discuss possible changes,” Zollitsch said.

“Our future priests must possess the necessary maturity and suitability – also regarding sexual matters – for their posts,” Zollitsch said. “Furthermore we want to discuss how we can in this difficult situation restore the reputation of Catholic schools.”

The daily Süddeutsche Zeitung reported Mixa’s remarks had caused a rift within his diocese, with one church official saying they were “depressingly imprudent” and the situation was “increasingly embarrassing” having to explain the bishop’s latest “blunder.”