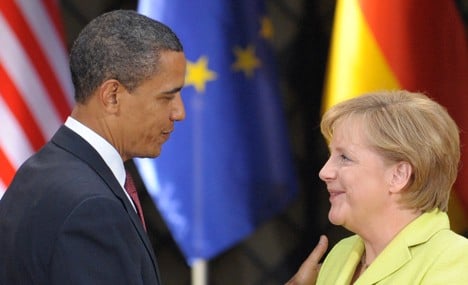 News magazine Der Spiegel reported on Sunday that Merkel plans to accept an invitation from President Barack Obama to attend a ‘Nuclear Security Summit’ in Washington on April 12 and 13.

Leaders from 43 countries have been invited to the summit, including those representing all the nuclear weapon states. The discussion is expected to deal with non-proliferation and securing existing nuclear weapons and material.

The tour is intended to assuage the tense relationship between the US and the European Union, after Obama announced that he would not be attending the high-profile EU-US summit in Madrid in May. The Wall Street Journal recently criticised the president for not building a strong personal relationship to any European leader.

The nuclear summit in Washington is considered important to Obama, who is attempting to secure a new disarmament deal with Russia.

Germany has made international nuclear disarmament one of its goals, recently staging a conference in Berlin under the title “A World Without Nuclear Weapons,” attended by former US Secretary-of-State Henry Kissinger and former German Chancellor Helmut Schmidt.