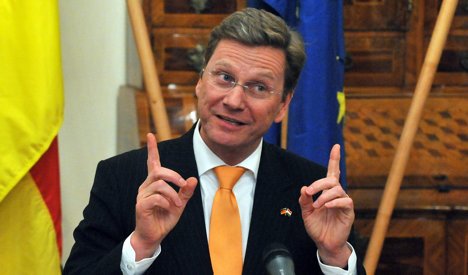 “People who refuse work should have their benefits cut,” Westerwelle repeated to the Bild am Sonntag newspaper, further stoking the current debate on unemployment benefit reform. “On the other hand, I expect the state to make every young person a job offer.”

“Everyone who is young and healthy and has no relatives to look after must accept reasonable work, whether that is in the form of community work, a career or training.” Westerwelle said. On being asked whether this would include shovelling snow, he responded, “Why not?”

The FDP leader said that Berlin had been covered with snow and ice for weeks, preventing many old people from leaving their homes. “The city could send young people living on benefits to clear the pavements,” Westerwelle said. “Life can be this practical, but large sections of the political class have distanced themselves from such ideas.”

Westerwelle also criticised the fact that only 2.6 percent of people on benefits are facing sanctions, although some surveys estimate that over 20 percent abuse the system.

Westerwelle used the interview to reiterate his support for the government plan to replace cash payouts for the children of people on welfare with education coupons. “The vast majority of parents sacrifice themselves to care for their children,” he said. “But there are too many cases where allowances that are meant for children are invested in a new television.”