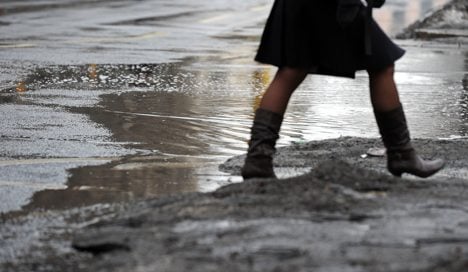 Though experts see no immediate danger, local authorities are preparing for possible flooding as rising temperatures and rainfall have been forecast for the beginning of March. Several states have installed public text-message warning systems as well as online water-level monitors. Huge state funds have been invested in flood prevention in the past few years.

The director of the local Flood Protection Authority Reinhard Vogt told news agency DDP that a water level as high as eight metres is possible in Cologne at the beginning of March. Seven metres is enough to threaten the first floods in residential areas, Vogt said, but he added that the city was well-equipped to deal with the danger. “We don’t have any problems up to ten metres,” he said.

Cologne has invested some €260 million into flood protection in the past few years, building or renovating 60 kilometres of dykes and constructing new mobile protective walls.

The state of Saxony has developed a text-message warning system, which people living in endangered areas can use to register for alerts. A webcam has also been installed so people can monitor the level of the local River Mulde at home. Saxony suffered catastrophic flooding in 2002, with the old city of Dresden especially affected.

A spokesman for Saxony’s Environment Ministry said the state was now much better-prepared for floods, even though some projects had not yet been completed. Another €1 billion is to be invested in flood protection in Saxony until the end of 2013. Authorities say that in normal circumstances they are now able to predict a flood several days in advance.

The historical Bavarian town of Regensburg has stockpiled over 100,000 sandbags, since its system of dykes still has considerable gaps, a spokesman for the local authority said, but they have also introduced a text-message warning system.

Towns in the eastern state of Brandenburg have started to haul away the snow still lying on the ground, and cleared gullies in preparation for the big spring thaw.