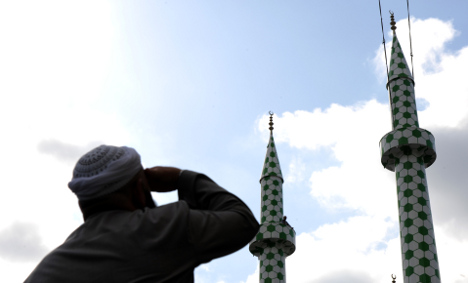 Lammert, the president of the lower house, or Bundestag, and a member of the conservative Christian Democrats (CDU), said integration could only be successful if greater immigrant naturalisation was the goal of migrants as well as German citizens.

“Our problem in Germany is not too high an immigration rate, but rather too little naturalisation,” he said.

The ever-present issue of integration reignited a week ago when the leaders of both the Turkish and Muslim communities in Germany urged Chancellor Angela Merkel to get more personally involved in a national discussion on how to make immigrants, especially young and disillusioned ones, feel more a part of German society.

Immigrants can get citizenship if they are permanent residents and have lived in Germany for eight years, but they must normally give up their existing nationality.

Lammert warned that every society needed “at least a certain degree of common beliefs and directions, without which it loses its cohesion.”

However, the “will on both sides” for greater naturalisation was “not always there in the necessary measure,” he said.

Meanwhile, Bavarian Interior Minister Joachim Herrmann called upon Muslims living in Germany for an “honest dialogue,” adding that the goal had to be a dismantling of the “emotional reservations many citizens have against ever-stronger Islamic influence.”

At the same time, these fears had to be taken seriously, he said. “To defame all criticism of Islam as ‘phobia’ doesn’t get us anywhere.”

Lammert also blasted the latest warnings of ”Islamophobia” in Germany, branding it an “unnecessary dramatisation.”

However he said it was right to say that “many people react with worry and even with growing nervousness to the years-long neglect or trivialisation of the problem, which has doubtless led to the prevention or suppression of the necessary debate on the prospects and risks of multiculturalism.”