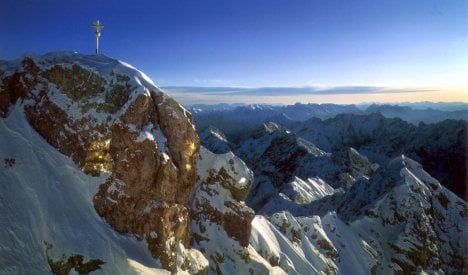 The researchers from the Ludwig Maximilian University in Munich had 20 obese or overweight men stay at an elevation of about 2,600 metres near the top of the Zugspitze, Germany’s highest mountain, for one week.

They found the men, without any regime of diet or exercise, lost an average of 1.5 kg each and, most importantly, had kept that weight off when they were measured again four weeks after coming down from the mountain top.

“We expected a body weight reduction, but not for them to keep the weight off,” lead researcher Dr Florian Lippl told The Local. “But they kept it off for at least four weeks. That was very interesting. Usually the difficulty for obese people is keeping the weight off.”

The men lost weight for two reasons, Dr Lippl said: the thinner air on the mountain top increased their metabolic rate, meaning they burned energy faster, and it also appeared to suppress their appetites, meaning they ate less.

Crucially, they continued to eat less and were more active in the four weeks after they came down from the mountain.

“The main effect is that the heart rate goes up at the higher altitude and they are adjusted to having to work a bit harder. When they come back down to normal altitude, everything feels a little bit easier.

“They were getting a kind of high altitude training which meant they felt better and more energetic when they got home.”

As for the continued smaller appetites, Dr Lippl, a gastroenterologist and nutritionist, said one possible explanation was the rise in the men’s levels of the hormone leptin, which suppresses appetite. But this would need to be studied further, he said.

The finding could pave the way for new treatments for the scourge of obesity, perhaps using hyperbaric chambers or low-pressure tents to achieve the same effect as altitude, Dr Lippl said.

The team hopes to conduct a further experiment this summer in which obese people spend three to four hours per day in hyperbaric chambers with thinner air, to see if they can achieve the same effect as spending one week on the Zugspitze.

“We’re telling our patients: if you’re planning a holiday, you should go to the mountains, not to the sea. It could be one part of a new treatment.”

Germany has Europe’s highest obesity rate, Dr Lippl said, with one in five men and one in four women obese.

According to World Health Organisation figures from the years 2000 to 2008, Germany is the world’s fourth fattest nation after American Samoa, Kiribati and the United States.

The study was published recently in the journal “Obesity.”