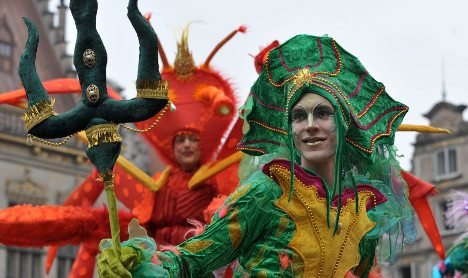 Association head Willy Fischel tipped Michael Jackson costumes and the grubby trenchcoat-and-mustache look immortalised by comedian Horst Schlämmer to be especially popular this year, along with staples such as 1970s garb.

The trenchcoats might prove to be more sensible, given the German Weather Service (DWD) is tipping sub-zero temperatures and snow for much of the country when Karneval kicks off Thursday.

At a toy industry fair in Nuremberg, Fischel and other toy retailers said their industry was proving to be recession-proof, with toys and games apparently a resilient antidote to the gloomy economic period.

Fischel said 2009 had been a good year for toy sellers, with sales rising more than 5 percent to €2.41 billion.